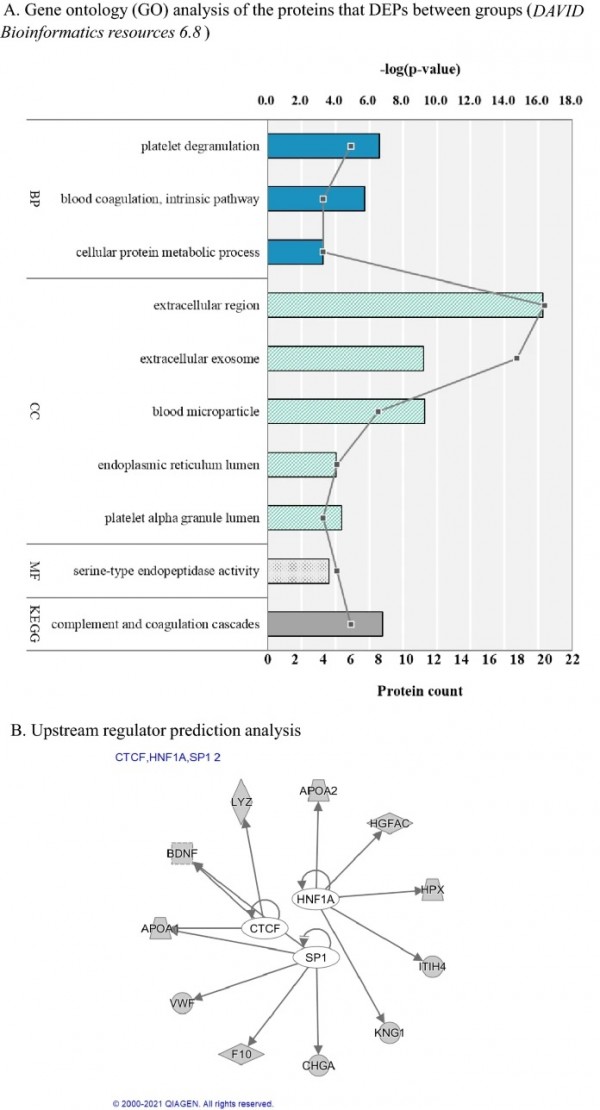 Although early intervention may help prevent the progression of bipolar disorder, there are some controversies over early pharmacological intervention. In this study, we recruited 40 subjects in the prodromal stage of BD-II (BP), according to bipolar at-risk state criteria. We compared the expression of their plasma proteins with that of 48 BD-II and 75 healthy control (HC) to identify markers that could be detected in a high-risk state. The multiple reaction monitoring method was used to measure target peptide levels with high accuracy. A total of 26 significant peptides were identified through analysis of variance with multiple comparisons, of which 19 were differentially expressed in the BP group when compared to the BD-II and HC groups. Two proteins were overexpressed in the BP group; and were related to pro-inflammation and impaired neurotransmission. The other under-expressed peptides in the BP group were related to blood coagulation, immune reactions, lipid metabolism, and the synaptic plasticity. In this study, significant markers observed in the BP group have been reported in patients with psychiatric disorders. Overall, the results suggest that the pathophysiological changes included in BD-II had already occurred with BP, thus justifying early pharmacological treatment to prevent disease progression.